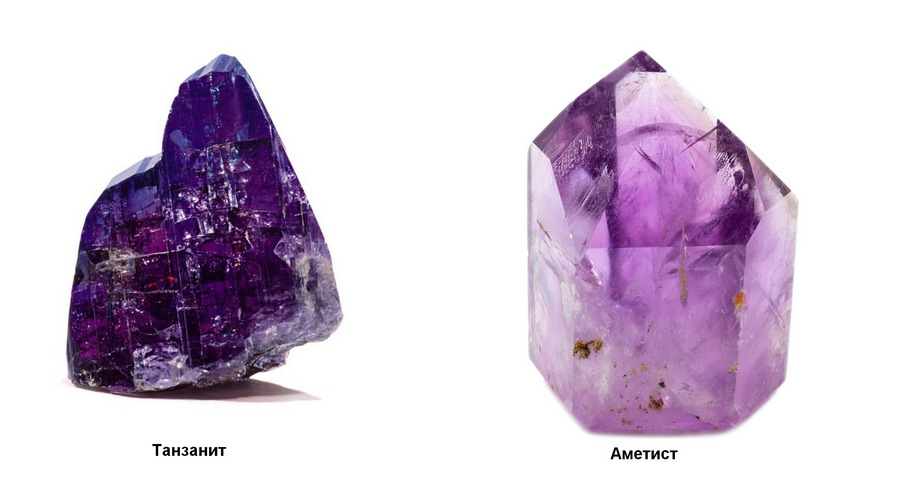 WHAT IS THE DIFFERENCE BETWEEN TANZANITE AND AMETHYST

Amethyst and tanzanite are gorgeous gemstones that are widely used to add uniqueness to people’s jewelry collections. They are precious and elegantly adorn a range of accessories such as necklaces and rings. Most jewelry lovers can only tell them apart by their natural colors, but upon closer inspection, they are strikingly different.

Tanzanite is one of the rarest gemstones ever. This is a relatively new phenomenon in the gemstone world. Tanzanite was discovered in 1967. This unique gem is located in a small area in the northern region of Tanzania, Merelani. The area located at the foot of Mount Kilimanjaro is the only known source of the gemstone, hence the name tanzanite. Its popularity and use has grown rapidly over the years. Jewelers and jewelry lovers have come to love and appreciate this gem because of its fantastic color (intense blue to purple) and incredible clarity. Since 1968, when its popularity skyrocketed, tanzanite has been recognized and used throughout the world.

Amethyst is a primordial purple stone. It is glossy and is recognized as one of the varieties of quartz. According to Forbes, the name amethyst comes from the Greek word Amethystos, which translates as “not intoxicated,” and has traditionally been used for spiritual and medicinal purposes. The mesmerizingly colorful gemstone was a rare and very expensive piece of jewelry, massive deposits were discovered in 1800 in South America and later in other parts of the world. This made the mineral less expensive. However, for millennia, amethyst has maintained its place as a gemstone with undeniable appeal. Amethyst is the birthstone of February.

DIFFERENCE BETWEEN TANZANITE AND AMETHYST

There are many differences between Tanzanite and Amethyst, but here are some of the main ones:

Tanzanite occurs in a variety of colors ranging from blue, pink, yellow to green, but the most common and dominant color is blue. Hence its mineralogical name, blue zoisite. On the other hand, amethyst has purple as its dominant color, but also has light lavender and purple hues.

Due to its rarity, tanzanite remains more expensive and valuable than amethyst.

Tanzanite is a slightly softer stone compared to amethyst. When measured on the Mohs scale, its hardness is about 6.5, while the hardness of amethyst is 7.

Like any other variety of zoisite, tanzanite has an orthorhombic crystallization system. In contrast, amethyst has a hexagonal crystal structure.

Although these two stones have unique differences, from their color to texture, they are gorgeous.

Contact us for more information on tanzanite and amethyst, as well as other gemstones and jewelry.