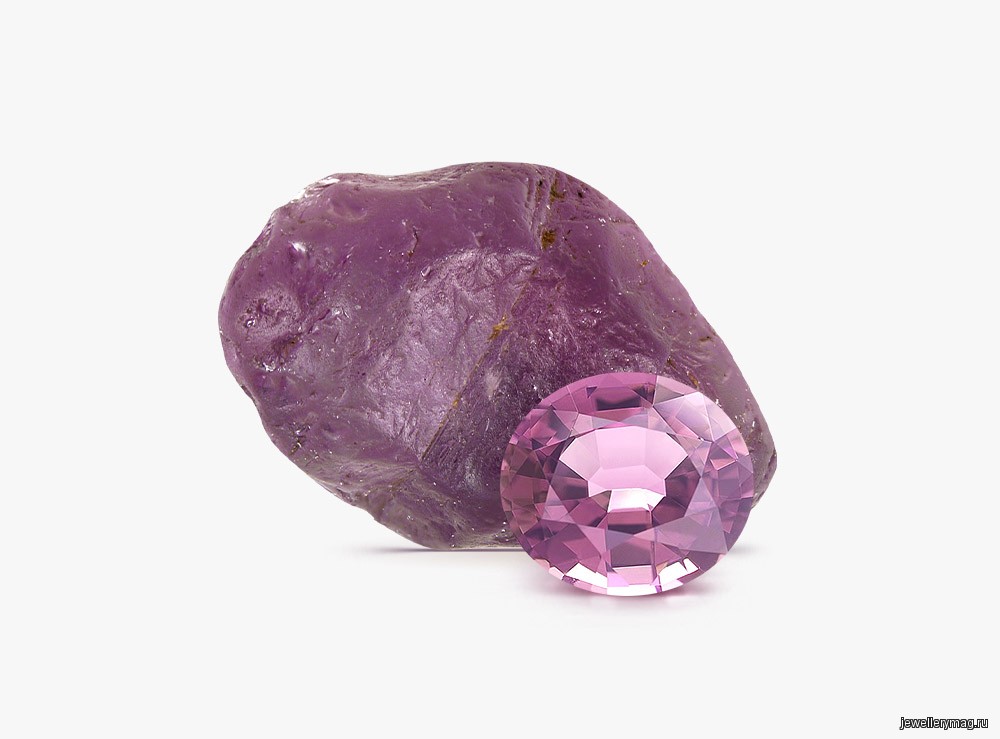 The history of this stone has only 70 years. In November 1945, gemologist Edward Charles Richard Taaffe was studying spinel. The scientist looked at the specimens and recorded their properties on paper. One copy was different from other stones. For a more detailed study, Taaffe sent the gem to a London laboratory.

The laboratory concluded that the chemical and physical properties of the stone are unique. The name of the gem was given in 1951. Quite expectedly, the mineral was named after Richard Taaffe himself.

Physical and chemical properties of taaffeite

During the research, the chemical formula of the mineral Mg was derived3AleightBeO16.

Mohs hardness is 8.5, density is only 3.61 g/cm3. The color of taaffeite stone varies depending on its composition: the color is bright and pale, mainly represented by shades of pink and purple.

Read also
10 biggest diamonds in the world
Advertising – Continued below

Taaffeite is well translucent, shines like glass and has a double refraction. It is this property that is a clear difference between a stone and spinel.

To date, there are two places where taaffeite is mined. This is the island of Sri Lanka and Tanzania. Although taaffeite stones are extremely rare, sometimes quite large specimens come across among them. The largest of the found minerals weighs more than 70 carats.

Minor finds of taaffeite have been found in China, Madagascar and Australia.

Despite the exceptional rarity of taaffeite, there are several varieties of this mineral.

Healing and magical properties of taaffeite

The stone is known very recently, and due to the fact that it is extremely difficult to find it, the healing properties of taaffeite have not yet been fully studied.

However, it has been observed that the gem attracts health. There were even reports that the owners of taaffeite were cured of hypertension and diabetes.