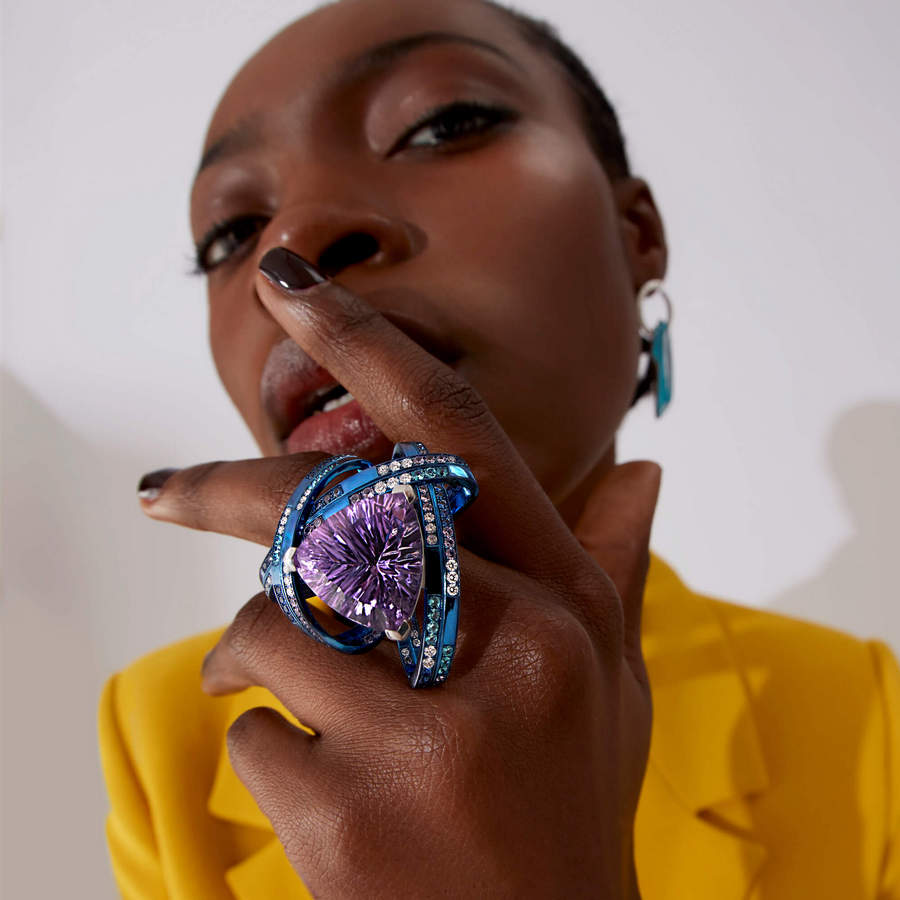 The first Rocket Girl ring is inspired by mathematician Katherine Johnson. The ring is crafted from blue titanium and palladium on a white gold tang with a central amethyst and Paraiba tourmalines, diamonds, purple and blue sapphires.

The second ring, “Making Waves”, inspired by activist and marine biologist Rachel Carson, is crafted in 18-karat white gold and features a carved moonstone dial in the center with gray and white diamond studs.

Inspired by the ballerina Anna Pavlova, the Swan Song ring is crafted in 18-carat white gold with a green dichroic tourmaline in the center and white diamonds.

Meanwhile, the “Red Sail Sunset” ring is inspired by the pirate Ching Shi and is crafted in yellow gold with a central orange citrine and cabochon-cut rubies, white diamonds, and black-plated tattoo details.

The Joie De Vivre ring was influenced by Marsha P. Johnson, a transgender woman of color in the 1960s. The product is also made of yellow gold with a lilac spinel in the center, decorated with a rainbow of square-cut sapphires, tsavorites and enamel details.

In addition, the Double Dutchman ring is inspired by Mata Hari, a rumored double agent who worked for both sides during World War II. Ring in pink gold with a central chrysolite surrounded by diamonds, with a jeweled snake set with diamonds, rubies and pink sapphires and gold tassels.

“The collection showcases Stephen Webster’s impeccable craftsmanship and attention to detail. Each piece references the unique personality and charisma of the rebel who inspired it.”