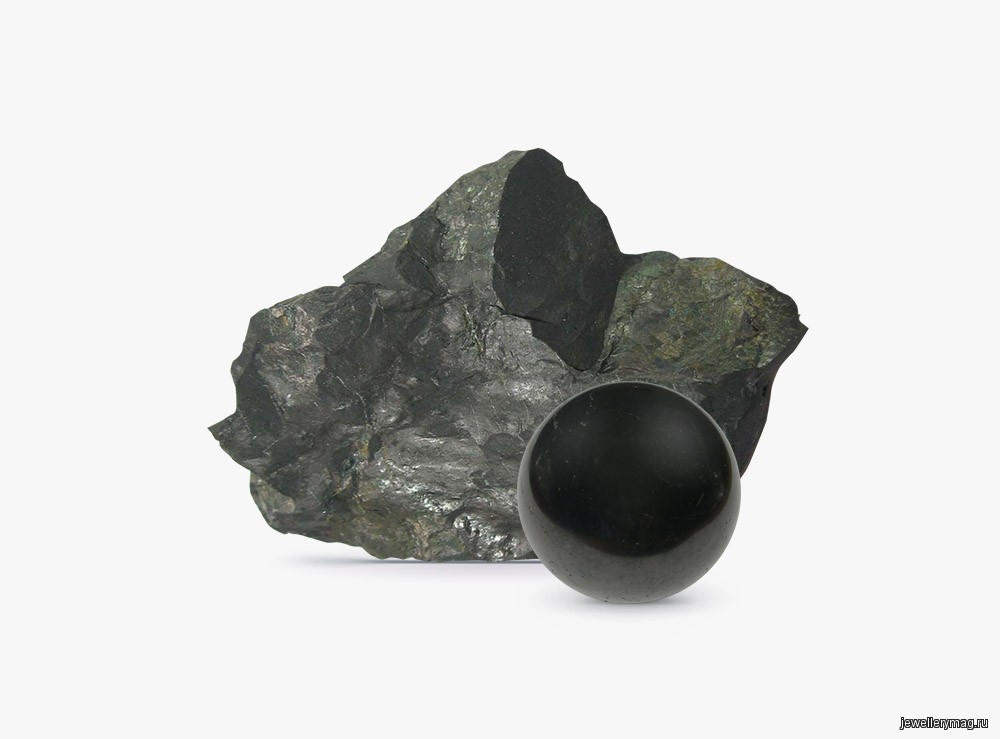 Shungite is a rock that was once based on organic deposits that were converted into carbon during a long time spent at great depths underground. The structure of the stone is similar to graphite.

The rock was first described several centuries ago: first in 1792 by academician and then in 1848 a mining engineer spoke about them . Shungite was discovered in the Zaonezhsky village of Shunga, after which it got its name. Gave the name to the mineral

In 1928, a state trust was established under the name “Shungite” and until 1937 this rock was studied. Initially, it was assumed that it has similar properties to coal.

Physical and chemical properties of shungite

Shungite is a stone with a density of 1.8-2.84 g/cm3. Depending on its composition, two main varieties are distinguished.

In addition, the ash part contains a huge amount of impurities.

Shungite is considered a promising material for application in nanotechnology. Its properties are carefully studied in many institutes in different countries. In addition, the stone is absorbent and has catalytic properties.

Shungite is a rather rare stone. The main industrial production is carried out on the Zaonezhsky Peninsula. There are deposits along Lake Onega on its northern side. According to experts, the estimated volume of rock from all deposits is about 1 billion tons.

In addition, it was recently confirmed that a large amount of shungite was found in Kazakhstan. Scientists have confirmed the potential reserve of the stone is about 50 million tons.

The presence of shungite in the composition of the soil indicates its fertility.

Healing and magical properties of shungite

The properties of shungite are truly unique. Since ancient times, people have used stone to purify water. This eventually attracted the attention of scientists who were able to scientifically confirm its great benefits for all living things.

There is an interesting story. Boris Godunov exiled Tsarina Xenia (great-grandmother of Peter I) to a monastery. He was on the coast of Onega. There was a spring from which they drank water. It is believed that it was this water that cured the queen of infertility. Xenia gave birth to a son, the future Emperor Mikhail Romanov, and the spring was later named Tsarevnin.

There are many wonderful stories of healing. No wonder Peter I in 1713 issued a decree on the search for medicinal waters in the vicinity of the new capital. Obviously, it was about shungite waters.

Modern scientists believe that Peter I spent the last 10 years of his life thanks to shungite waters. Then the Karelian springs were discovered, and Peter laid the foundation for their wide use. Having experienced the effect of healing water, he ordered each soldier to carry a shungite stone with him and use it to purify water on long trips.

Nowadays, shungite is used in high-quality water filters, in various massagers, as protective plates in gadgets. Jewelers make jewelry from shungite. Such products have a beneficial effect on the entire body.

Read also
What is pearl: types and their origin

Who is shungite suitable for?

Shungite has no contraindications. Shungite products can also be worn by children, for example, as key rings, by women and men of all ages.

Shungite not only restores health, but also cleanses the aura, harmonizing energy.