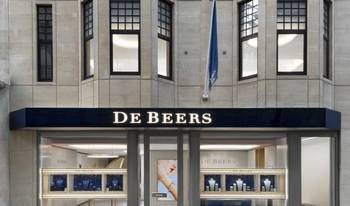 The De Beers Group released interim financial results for 2022 and commented on the impact of the conflict on business.

The company’s press release states that “the conflict has negatively impacted industry sentiment as diamond companies sought to understand the potential impact on supply and demand of both consumer self-sanctions in Western markets and subsequent official sanctions.”

In its future market forecasts, the company stated that the effects of the conflict are likely to continue to affect the industry.

It went on to say: “The combination of ongoing sanctions against Russia, decisions by a number of US jewelery companies to impose their own restrictions on the purchase of Russian diamonds, and the continued development of provenance initiatives could potentially support sustained demand for De Beers rough diamonds over the medium to long term.”