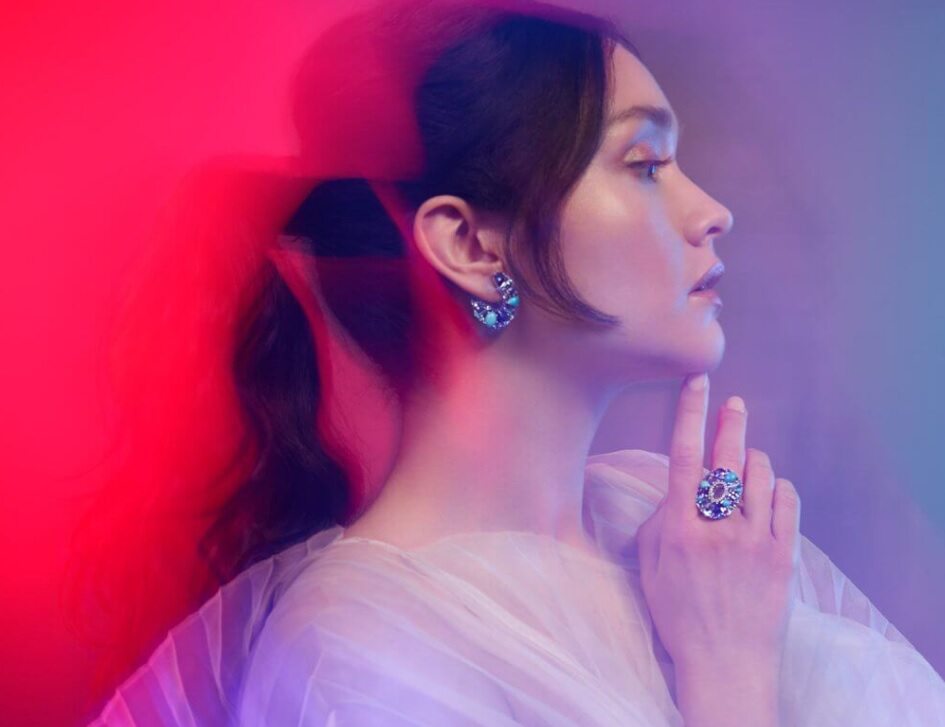 Garrard, a London-based jewelery house founded in 1735, knows a thing or two about royal jewels.

The house was the official jeweler of the Crown for over 160 years, starting in 1843, and created some of the most famous pieces of jewelry worn by the British royal family. The firm hosted a breakfast at the Crosby Street Hotel in New York City to unveil its latest Blaze collection and show off their own replicas of Queen Elizabeth II’s most famous tiaras.

The presentation of the collection was attended by Sarah Prentice, creative director of the brand since 2015. “In the early 1980s, Garrard’s head salesman brought a set of rings to the palace so that Diana could choose her own ring, she chose a sapphire ring with diamonds,” Prentice said.

The ring was from the classic collection of 1735 and is now given to Catherine, Princess of Wales, also known as Kate Middleton.

“I wanted to do something that would slightly change the design, unbalance what was done before. I took the cluster, removed the center stone and flipped it over,” Prentice explained, adding, “For me, this collection is about more than using design as an interpretation. I used the image of Diana as a form of inspiration. She was a woman marrying a member of the royal family, who made her own choice, choosing the design and the ring.”

Another strong female character was the brand ambassador, English actress Olivia Cooke, who starred in the Blaze advertising campaign. The actress will take on the role of Alycent Hightower in House of Dragons, replacing younger actress Emily Carey, who started the series.

The collection combines stones in chromatic combinations for a “colour punch” that deliberately (almost entirely) omits diamonds. The designer also warned that the design of the jewelry she created became much more complex in order to work out the proportions of a simple design.

The blue color scheme uses tanzanite, blue sapphire, aquamarine and turquoise in a whimsical combination of baguette, cabochon and pear cut gemstones. The pink group consists of sapphires, opals and rubellite, while the green group consists of tourmaline, sapphires and two shades of chalcedony. White agate, moonstone opals and diamonds make up the white version of the motif, which includes a pendant necklace, bracelets, earrings, necklace and ring.

The Fringe Tiara, worn on Queen Elizabeth’s wedding day, nearly turned into a disaster on that big day. The multifunctional headdress featured a jeweled fringe that could be removed and worn as a necklace. She broke off when the bride was doing her hair, but was promptly put in order. Princess Anne and Princess Beatrice also wore the tiara on their wedding days.

The Girls of Great Britain tiara was also on display for journalists eager to try on the jewelry. Because for 70 years it has not been worn by anyone except Queen Elizabeth.