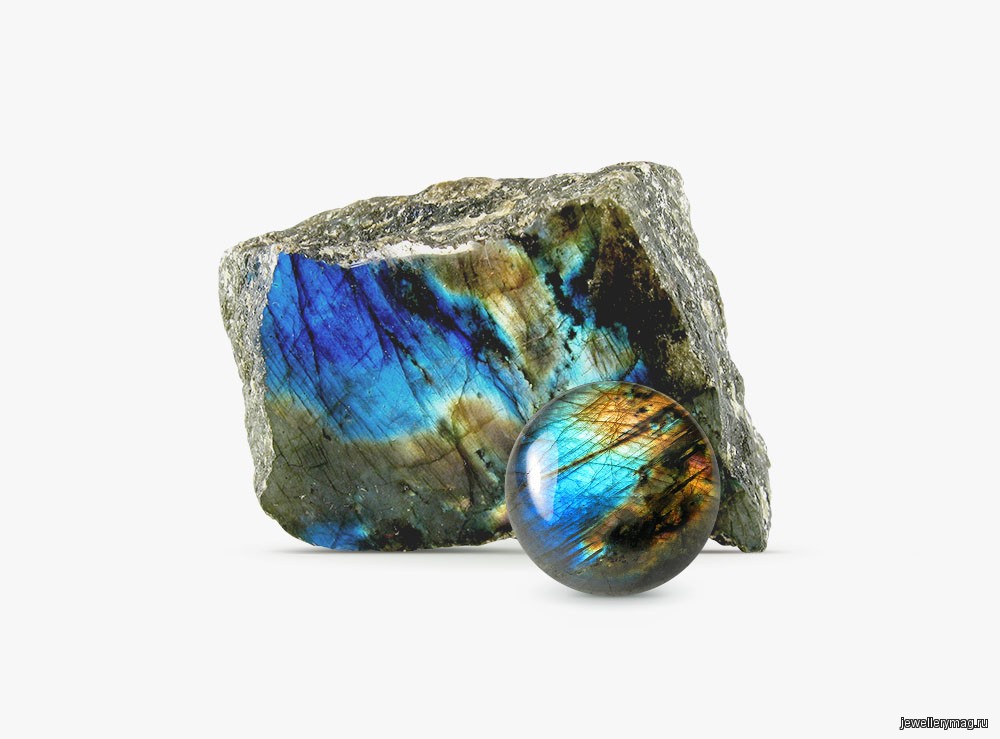 History of the Labrador

The mineral labradorite is a type of moonstone with an inconspicuous bluish color at first glance. But a skillfully processed sample begins to play with all the play of the rainbow.

In legends, this stone is mentioned in the era of the Hyperboreans. Decorations and talismans with him deserved only distinguished people – warriors, heroes.

The first official mention dates back to 1770. It was then that the first place of occurrence of the Labrador on the Canadian peninsula of the same name was discovered. The stone became popular in Europe, it was sorely lacking for everyone. After 11 years, another deposit was accidentally discovered in Russia, then the fashion for the “rainbow stone” came to our region.

Physico-chemical properties of the Labrador

Ornamental Labrador refers to feldspars, it is found in the bowels both in the form of inclusions in rocks and solid crystalline blocks.

Labrador is most often gray to almost black with multi-colored tints. The stone is opaque and has an average hardness – up to 6.5 on the Mohs scale. It has an exceptionally bright iridescence (plays and shimmers with all the colors of the rainbow), which is also called labradorization.

When the stone is compressed under high pressure, the Labrador crumbles, and with a strong blow it can even crack.

Light orange with golden iridescence, occurs only in the USA, Oregon.

Type of Labrador with black and blue and blue tints.

An iridescent mineral that shimmers with all the colors of the rainbow.

Rare gem-quality minerals are mined in Australia. Spectrolites – a kind of Labrador – are found in only one place on Earth: the vicinity of the Finnish city of Ylämaa.

Healing and magical properties of the Labrador

The magical power of the mineral has not yet been fully revealed, but the labrador is already widely used by magicians and psychics. It is believed that he is able to activate the gift of foresight, helps develop psychic talents, and participates in many magical rites. When used correctly, it can cleanse the aura, bring good luck, calm, help in decision making.

Lithotherapists use stone infrequently due to unexplored medicinal characteristics. However, it is believed that the Labrador has a general strengthening effect. Round dark labrador stones are used in therapeutic and prophylactic stone massage sessions. Studies have shown a positive effect of the mineral on the human aura, therefore, wearing jewelry with a rainbow labrador is recommended for often ill, aggressive and unbalanced people.

Read also
Notes from the pawnshop

Who is the Labrador suitable for?

Wearing a Labrador with and without frames is recommended for people suffering from infertility, pathologies of the genitourinary and cardiovascular systems, arthrosis, osteochondrosis, as well as with reduced immunity and chronic inflammatory processes.

Of all the zodiac signs, the Labrador is best suited for Aries, Leo, Virgo, and Scorpio. It is strongly not recommended to wear jewelry with this stone to Cancers and Aquarius.