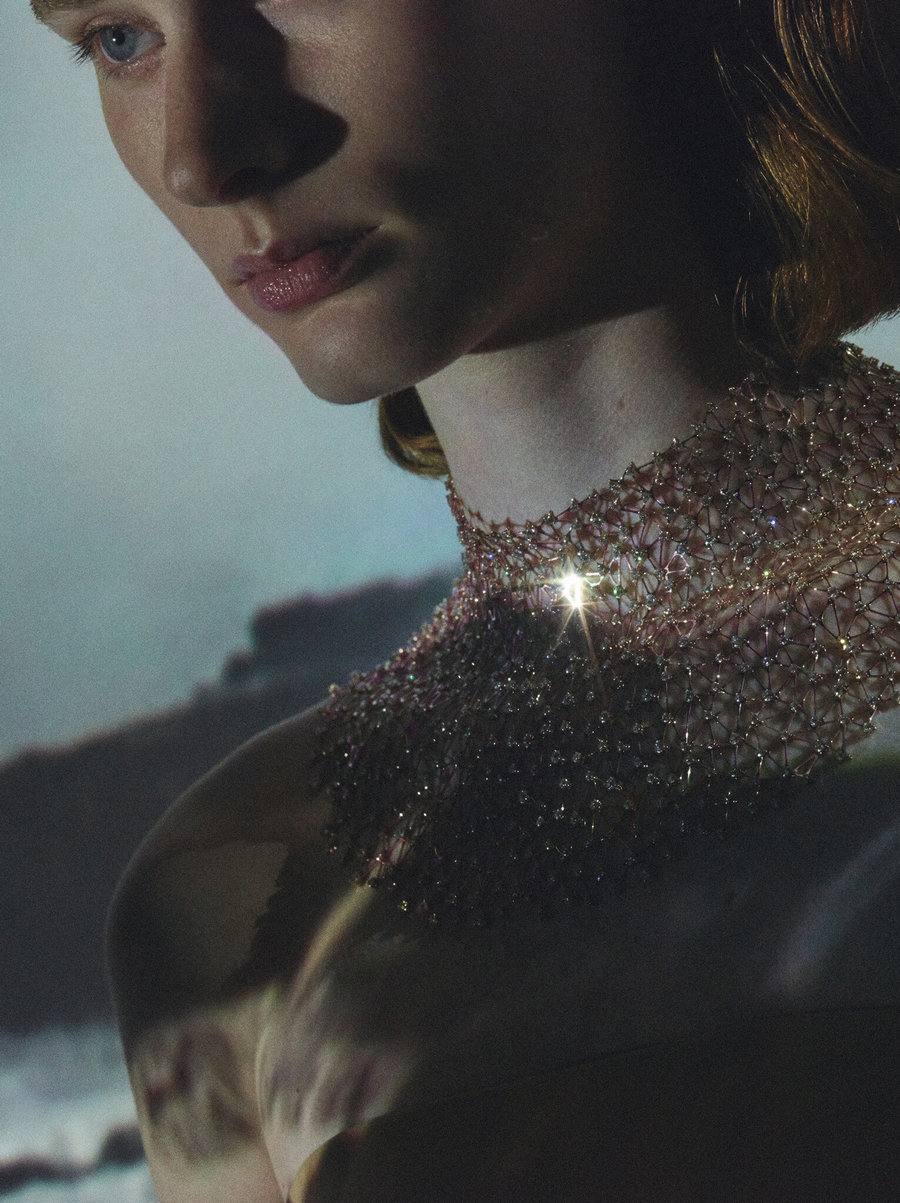 Since ancient times, jewelry has served us as a means of self-expression. But what if a necklace or bracelet could convey the inner workings of our body, revealing to the outside world the smallest changes caused by our feelings and emotions? This is exactly the question that Pierre Hardy asked himself while thinking about what his latest collection of jewelry with precious stones should look like. Pierre Hardy has been the creative director of French fashion house Hermès since 2001, as well as a high art jewelry line since its launch in 2010. “I wanted my jewelry to blend in with my skin tone as much as possible. I wanted to showcase what’s going on inside in a sophisticated and casual way,” he explained earlier this week during a video call at his studio in Paris. The inspiration for the creation of the Pierre Hardy collection was the stethoscope, which miraculously turns the subtle signs of life into something that can be clearly heard.

Thus, the Lignes Sensibles collection, consisting of 45 jewels, combines both passion and sensuality at the same time. Hardy’s creations are created in such a way that the person who wears them has a “feeling of gentle touches”, as the creator himself says. One of the necklaces in this collection is a braided, lace-like rose gold necklace. Decorated with 867 brilliant-cut diamonds, it gently envelops the entire neck and collarbone of its owner, sparkling on his body. The white gold earring, also part of this collection, subtly follows the curves of the ear. A dewdrop diamond dangles from each end of the earring. Geometric shapes and symmetry, so characteristic of Hardy’s work, are combined with the smooth curves of the body, while some products are directly anatomical: for example, a massive semi-matte rose gold cuff bracelet, inlaid with quartz and pink cabochon, covers the hand like a strong shell.

Hardy used materials in tones that he thought matched the wearer’s complexion, or even matched their skin tone. His work also combines the colors of the iris and lips, which can change their tone depending on the person’s well-being or the time of day. As a result, his collection is dominated by shades of rose gold and diamonds, which Hardy chose for their ability to enhance natural radiance, as well as cabochons in subtle shifting tones: blue tourmaline, smoky quartz, greenish yellow prehnite and cursor-colored moonstones. Created by Corsican artist Ange Leccia, known for his extravagant work, the collection’s catalog shows the jewelery set against a backdrop of clouds, trees and seascapes. This technique enhances the play of light and shadow, and also makes the boundaries between skin and metal less visible. “These decorations are like chakras – energy points on the body, as they are interpreted in India,” is how Pierre Hardy describes his work. “I tried to recreate some of the sensitive parts of our body in my own way and without any mysticism.

Hardy also oversees the production of Hermès gemstone jewelry. These items are created in luxury factories and are produced twice a year, unlike the previously mentioned ones – they are produced once every two years. Many of the French fashion house’s pieces of jewelry take hundreds of hours to create, and that, according to Hardy, is what captivates people. “These rocks formed over millions of years, then waited in the wings for years and years. After that, it took a huge number of hours to make every detail of all these decorations.

Even though the concept of this collection appeared long before its release, the idea of ​​physical contact and bodily touch seems especially relevant at a time when touch and intimacy are limited. “Maybe that’s exactly what was expected of me in the end,” says Hardy. “This collection in muted colors was needed. These jewelry listen to you, focus their attention on you – you can almost say they care about you.