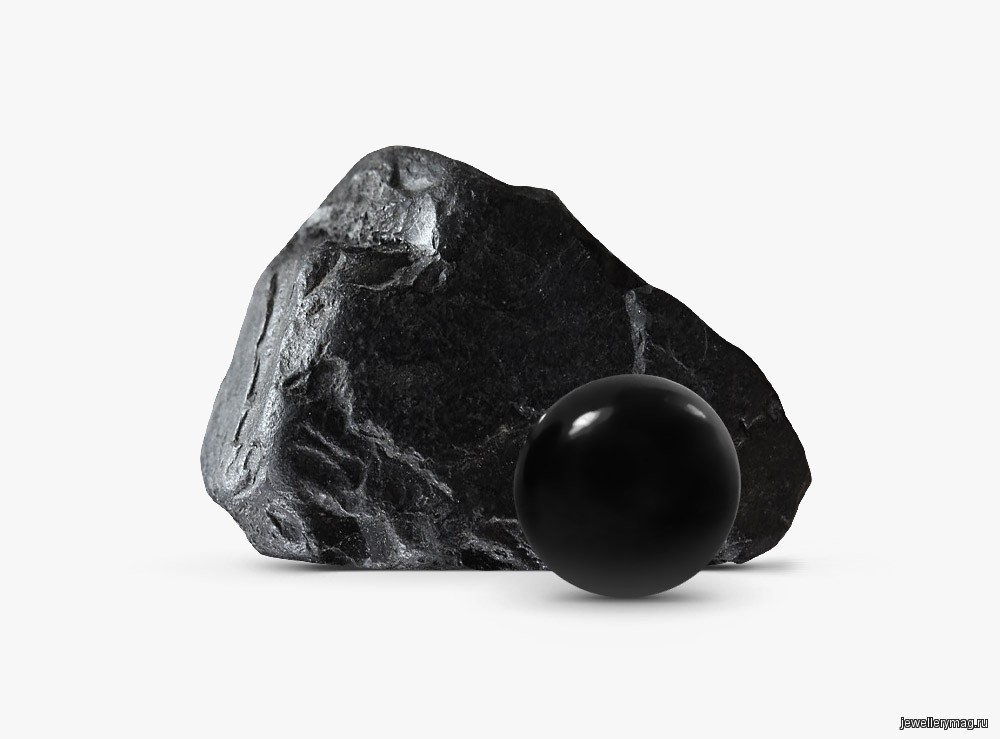 In the Stone Age, jet was already used to make various handicrafts, talismans, and even jewelry. The ancient Egyptians used stone to make household items. In Russia, inkwells and caskets were made from jet. In Asia, to this day, religious figurines, rosaries, talismans and jewelry are made from this stone.

For the first time jet was found about 8000-9000 years ago. It is one of the oldest craft materials in the world.

In each country, this stone was popular at different times. But jet has never been as popular as in the Victorian era. In our literature, the expression “black as jet” began to be used from the 11th century.

To this day, the black, resinous, shiny stone is used for various decorative items, rosaries and jewelry.

Physical and chemical properties of jet

Jet is not a mineral, like other ornamental stones, but a kind of coal, originally organic. But due to external data and physical properties, it is also used in jewelry. The stone has a deep viscous black color and has a vitreous luster. Scientists believe that this type of coal was formed from coniferous trees.

Jet occurs in clay layers in the form of thin crusts-layers. However, there are cases when deposits were found with whole trees that completely turned into coal, retaining only their shape.

If we look at jet from the point of view of chemistry, then we know the main element of jet as carbon. Color brownish-brown to black. The more uniform the color and the darker it is, the more valuable the stone.

Read also
Black diamond is not for everyone
Advertising – Continued below

Unlike ordinary stones, jet is not brittle, but bends and softens at a temperature of 100-120 °C.

There are many known deposits of this stone, but the most famous is Georgian. There jet is called differently – “gischer”.

There are deposits of jet in the Caucasus, China, France and Spain, India and Vietnam.

Healing and magical properties of jet

The stone is a good pain reliever. It is also indicated for various ulcers and other diseases of internal organs: kidneys, liver, stomach.

There is no stone better than jet for neutralizing negative energy. Since ancient times, “black amber” has been endowed with magical properties. It was used to drive out demons and evil spirits. He was taken with him on the road, as a talisman. Worn from the evil eye in the form of crosses and rings.

Gagat is still used in various magical rituals today. It is believed that he is able to protect his owner from the evil eye and damage.

Pregnant women, so vulnerable to the evil word of ill-wishers, simply must have jet jewelry. The stone will contribute to the easy course of pregnancy and the health of the unborn baby.

Gagat is clearly shown to be worn by gynecologists and midwives.

The stone has a special “conductive” property, and gifted people who are able to heal and tell fortunes cannot do without it.

Among the signs of the Zodiac, jet is suitable for Pisces and Scorpios, as well as people bearing the names Jan and Margarita.