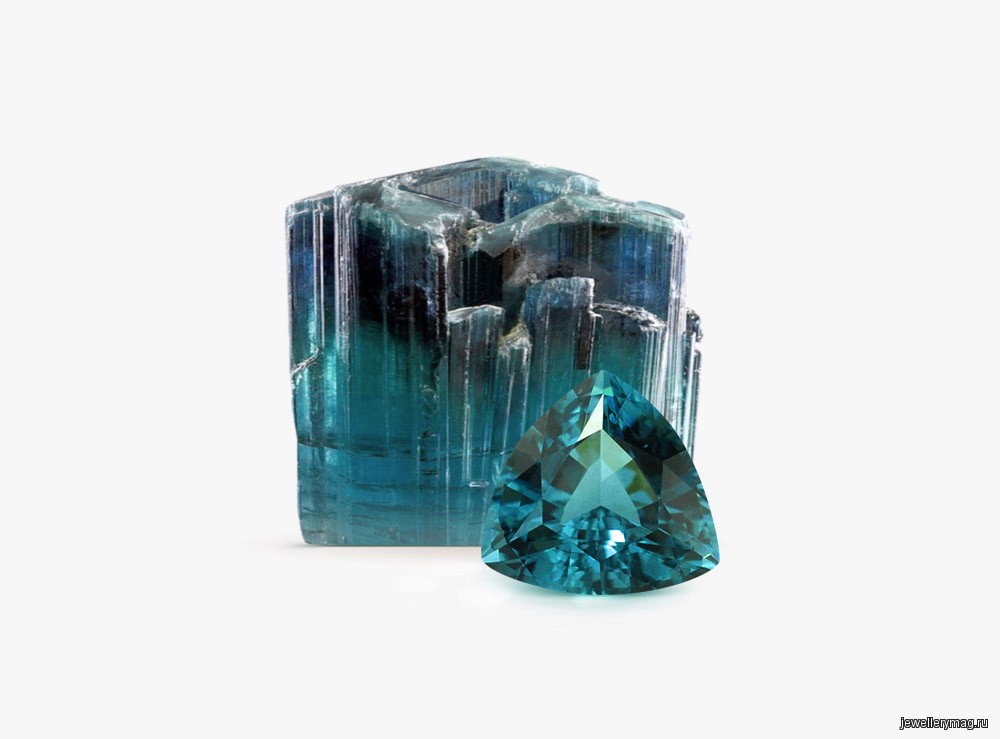 Indicolite is often confused with sapphire. However, the first is still more affordable, and also much more fragile. In connection with this similarity, commercial terminology even uses such stone names as Ural sapphire, Brazilian, Siberian sapphire and others.

Physical and chemical properties of indicolite

Indicolite belongs to silicates. Depending on the composition, the shade of the stone changes. So, among the minerals there are blue-green shades and greenish-blue, more reminiscent of aquamarine. It all depends on the valence of iron.

In the Middle Urals, indicolite was first found only in the 19th century. In Transbaikalia, in the valley of the Urulga River, blue tourmaline crystals have been found since 1847. There are also deposits of indicolite in the Irkutsk region.

Blue tourmaline is found in Finland, Namibia, Afghanistan, on the island of Sri Lanka, and in the USA (Massachusetts). However, Brazil is considered the leader in the supply of this rare semi-precious stone. More than 75% of the total world volume of indicolites used in the jewelry industry is mined there.

How to distinguish a fake

A feature of any tourmalines, including indicolite, is color heterogeneity. Even when a single hue predominates, you can always notice a different intensity of color in the light. Often, even in small crystals, clear color transitions are visible, which makes the gem incredibly beautiful. A fake will not have such an effect.

Healing and magical properties of indicolite

As you know, any mineral has its own unique set of properties that can favorably influence its owner. Indicolite is a storehouse of positive energy: it can protect against stress and neurosis, and support in the fight against vegetovascular dystonia. In addition, blue tourmaline is able to normalize the production of thyroid and adrenal hormones.

People prone to depression are more suitable for specimens with a greenish tint. And especially emotional natures are recommended rich blue indicolites.

Who is indicolite suitable for?

Among all the signs of the Zodiac, indicolite is best suited to representatives of the Fire element: Aries, Leo and Sagittarius. For strong and purposeful individuals, this stone will bring good luck, accelerate success and maintain good health.

Also, indicolite is perfect for Libra. It contributes to balancing views and making the right decisions.