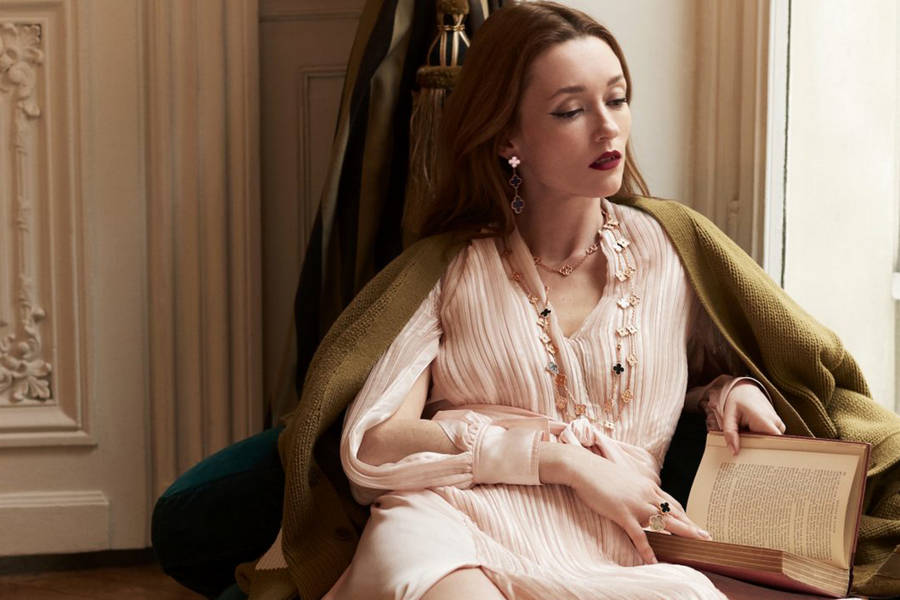 The four-leaf clover has long been a well-known talisman, but it was the French jewelry house Van Cleef & Arpels who made it a global symbol of good luck and fortune when it was embodied in gold and precious stones in the late 1960s.

Today, the Alhambra collection is recognized all over the world, and its signature sautoirs can often be seen on the necks of fashionistas and trendsetters, royalty and the best representatives of Hollywood. These long, low-hanging pieces pair effortlessly with evening gowns as well as jeans and a T-shirt, which is perhaps the secret to their enduring allure – the Alhambra has become synonymous with expensive, effortless luxury.

Since its founding in 1906, Van Cleef & Arpels has historically celebrated luck, joy and optimism, and has long been famous for its animalistic interpretations of flowers and animals. However, it was in 1968 that the four-leaf clover became a symbol of good luck for the home.

Jacques Arpels, the nephew of one of the founding families, was particularly fascinated by the concept of good luck – he is famous for giving his employees a four-leaf clover picked in the garden. His personal mantra “To be lucky, you need to believe in luck” inspired the House to create a collection in which a four-leaf clover bordered with golden pearls is located on chic sautoirs. This collection was conceived as the beginning of a new era of more affordable jewelry in the repertoire of the house and became an instant success.

WHAT MAKES THE COLLECTION SO CULT?

Van Cleef & Arpels is one of the most famous jewelry houses in history, founded in the epicenter of the world jewelry art, on Place Vendôme in Paris. To create each clover motif, the skill of cutters, goldsmiths, stone cutters and polishers is combined, which requires at least fifteen successive stages of craftsmanship.

The Alhambra collection has become iconic for bringing the fine craftsmanship of the house’s jewelers into a casual, easy-to-wear design that can be paired with a simple sweater.

Perhaps its enduring prestige is also reinforced by the evolution of sub-collections that play with color, shape and size, from “Lucky Alhambra”, which uses heart, butterfly, leaf and star motifs, to “Byzantine Alhambra”, which celebrates the silhouette of clover in solid and openwork gold.

WHO WEARS the Alhambra?

Since the creation of the Alhambra collection, it has been worn by taste connoisseurs and style icons the world over, from Françoise Hardy and Princess Grace of Monaco in the 1970s (who had several Alhambra pieces in her personal collection), to Elizabeth Taylor, who collected Van Cleef jewelry. & Arpels, to contemporary models and royalty.

Catherine, Princess of Wales, has worn the Enchanted Alhambra jewel parure to several formal occasions, showing off a necklace and earrings in classic mother-of-pearl and yellow gold, a perfect pairing with pale silk and satin. ‘

Alhambra designs are no stranger to street style stars, regularly spotted as part of sparkling necklaces at fashion weeks.