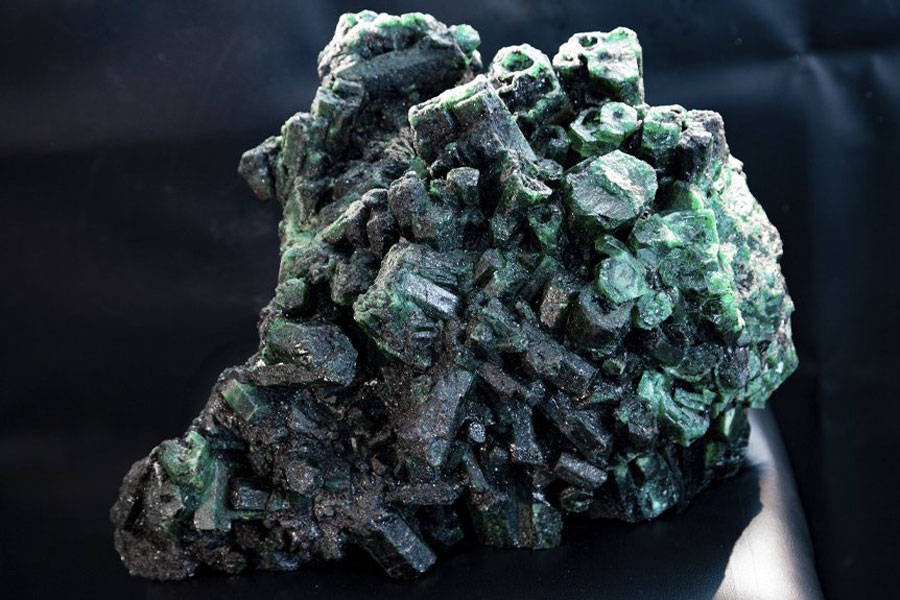 London-based Gemfields Group, a miner and supplier of colored gemstones, expects to hit a record high after selling one unusual emerald at an upcoming auction.

In March 2020, Gemfields discovered a cluster of 187,775 carats of emeralds at the Kagem mine in Zambia. The mass contains very few other minerals, so despite its size, the “Kafubu Cluster” qualifies as a single emerald.

The auction for the emerald closes on November 17, and assistant mill manager Kagem Jackson Mtonga said that in his 28 years of work, he had never seen an emerald of this kind.

“Rarity is one of the factors that makes emeralds such a special value in many cultures around the world, but the combination of this crystal cluster, the overall quality, and the sheer size of the Kafubu cluster is something I never thought was possible,” he said.

The emeralds in the cluster are of high quality and bright green color with varying degrees of crystallization.

Gemfields believes that once mined, the Kafubu Cluster will yield tens of thousands of carats of polished commercial to high quality emeralds.

Kagem is believed to be the world’s largest emerald mine, 75 percent owned by Gemfields in partnership with the Zambian government.