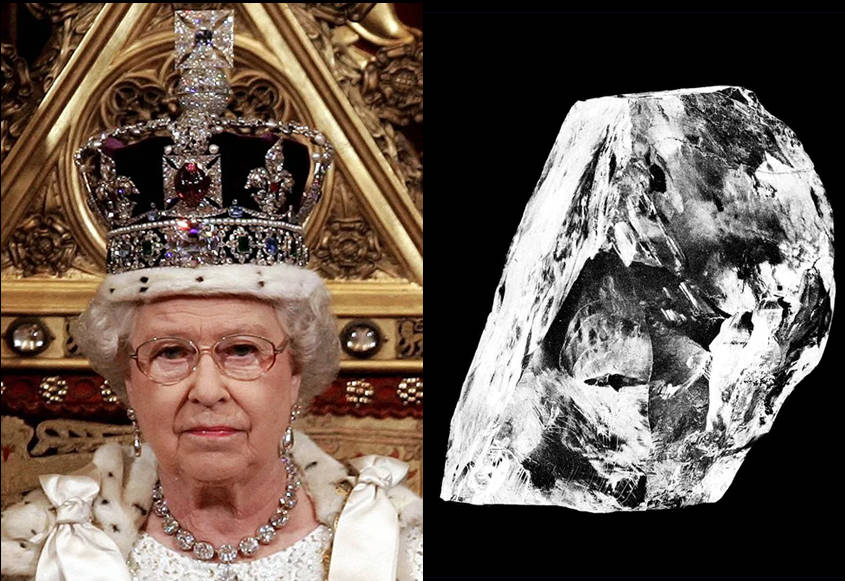 After the death of Queen Elizabeth, there was renewed interest in the history of the royal family’s gems and diamonds.

Although there are calls to return the infamous Koh-i-Noor diamond to India, it, along with the Cullinan II (also known as the Second Star of Africa), is considered an “ultra-deep” diamond.

According to the science website Physorg.com: “Analysis of the first large diamonds discovered deep below the Earth’s surface confirms initial predictions that Smithsonian Institution’s famous bpmlliant Hope may be ‘superdeep’ because it was formed at a depth three times greater than most diamonds.

“This discovery also suggests that the Cullinan diamond may also be an ultra-deep diamond.”

The findings are based on research by Dr. Evan Smith of the Gemological Institute of America (GIA) and were presented at the Goldschmidt Geochemistry Conference last year.

A 2020 study by Smith, along with Wuyi Wang, vice president of research at the GIA, analyzed the 124-carat diamond and found that it formed at the deeper end of the possible range—at least 660 km (410 miles) below the Earth’s surface.

“We examined the first large gemstones that were proven to originate from the lower mantle of the Earth, which is several times deeper than most other diamonds, thus establishing that the Hope diamond is an ultra-deep diamond,” Smith explained.

It is known that smaller diamonds materialize under high pressure at a relatively shallow depth of 140-200 kilometers among oxygen-rich rocks. In contrast, the largest diamonds probably form over 140 to 200 kilometers below the surface within blobs of oxygen-deprived liquid metal, hence the term superdeep.

A BBC report published on Friday said that “the biggest diamonds in the British Crown Jewels may be fragments of an ancient ocean floor that drifted deep into our planet and then resurfaced.”

BBC Future Senior Journalist Zaria Gorvette explained that “some of the carbon in ultra-deep diamonds could come from ancient sea creatures that were buried in oceanic plates and then drifted into the mantle.”

“Today, these giant gems are part of the Crown Jewels, which are usually kept in the Tower of London and taken to state events – Cullinan I is now in the British Monarch’s Scepter, and his next-greatest brother, Cullinan II, is included in the Imperial State Crown.”