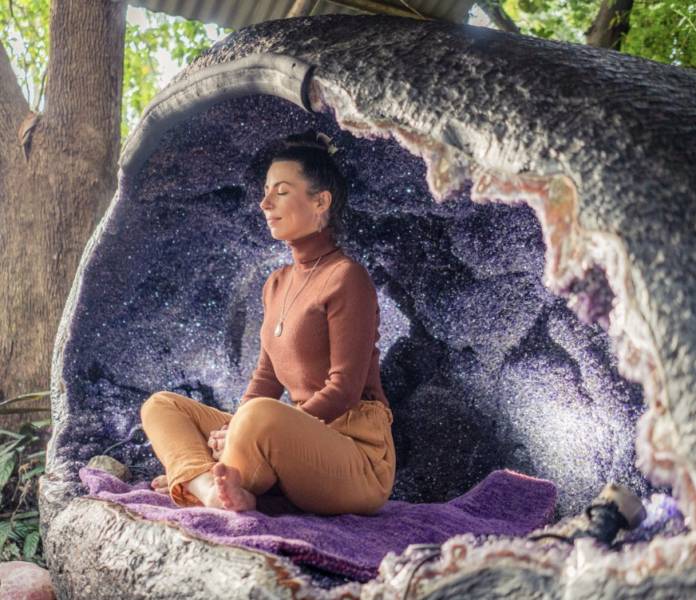 Welcome to the Crystal Castle: the world’s largest amethyst geode garden. When Naren King first conceived the idea of ​​opening a fabulous metaphysical garden filled with healing crystals and positive vibrations, he was mocked. Now he and his family own the world’s most famous crystal garden, an extremely popular tourist attraction in Australia.

One geode is of particular interest: the largest amethyst cavity ever discovered in the world. This remarkable crystal, found in Uruguay by a farmer, is 120 million years old. Its width is about 5 meters, and its weight is 20 tons. 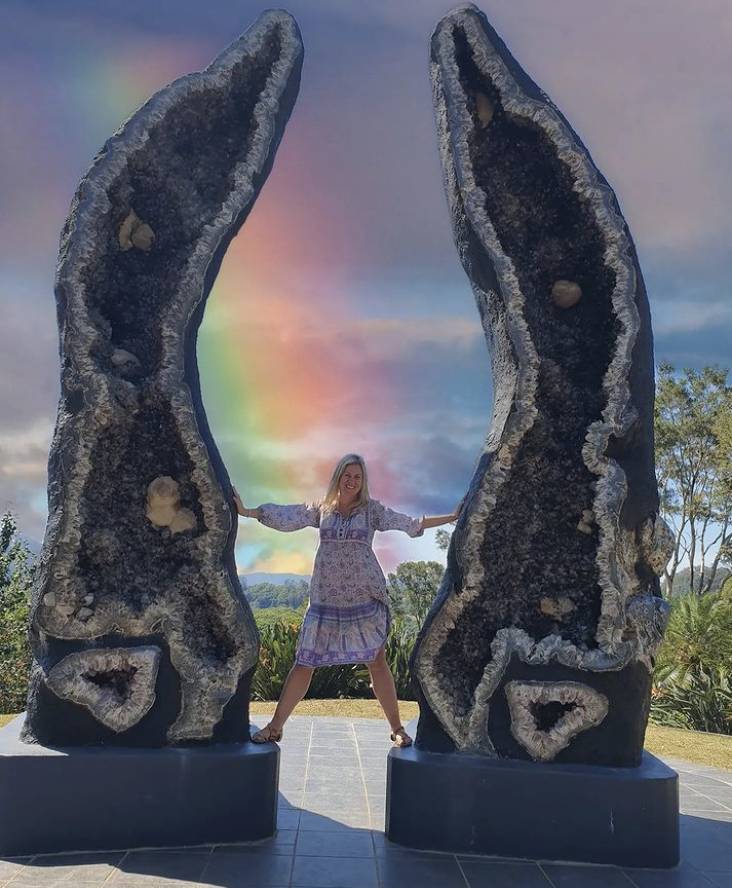 How big is Crystal Castle?

The Crystal Castle is located on a plot of 5 hectares, a third of which have been turned into the gardens of Shambhala. This impressive sanctuary’s website boasts that they have the largest and most beautiful crystals in the entire world. The on-site botanical gardens are also technically a rainforest, which only adds to the magic of the place.

The Dragon Egg is an amethyst crystal cavity that you can sit in with up to four friends. The egg weighs 10 tons and is one of the most beautiful photo shoot locations you will ever see.

In addition to the amethyst geodes, the Crystal Castle also has two of the world’s tallest geodes in the grounds of the Shambhala Gardens. These incredible rocks are called the Crystal Guardians. Their height is 5.5 meters, exquisite smoky quartz with “delicate patches” of amethyst and calcite. 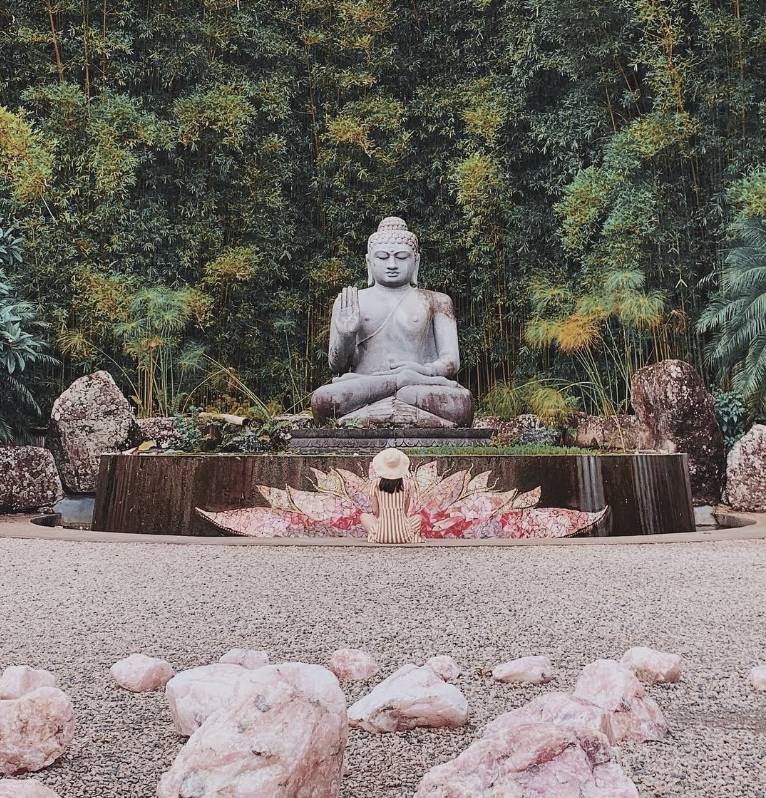 When were the purple caves discovered?

The purple geodes were discovered by a Uruguayan farmer and are estimated to be 120 million years old. When the owner of the Crystal Castle heard of their discovery, he and his daughter flew to Uruguay to verify the news.

When Naren and his daughter saw these luxurious crystals, they decided that they should bring them to Australia. The Crystal Castle was opened in 1986, and in 2016 Naren King bought huge amethyst geodes to celebrate 30 years of Shambhala Gardens’ success. 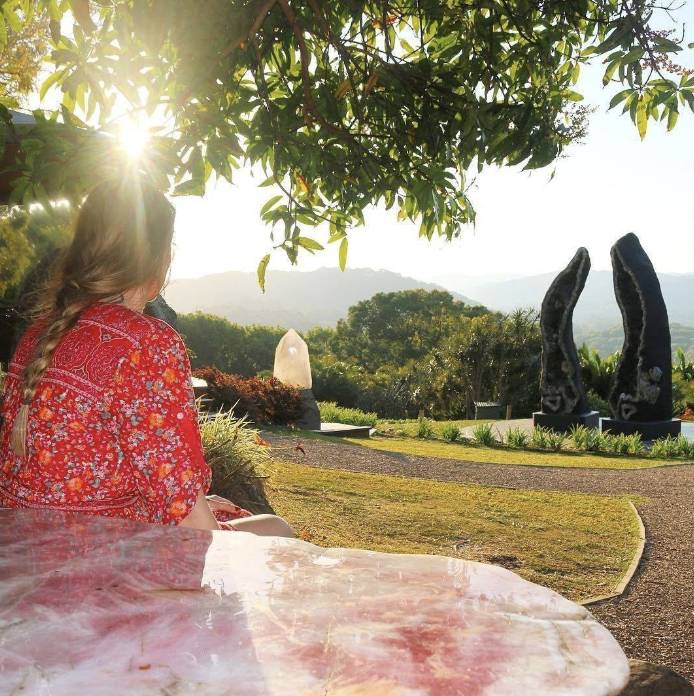 This place is unlike any other on Earth. Supporters of all mystical movements come here to spend time in the energy of these glorious geodes.

The beauty of this place is that you can also wander through the rainforest, lie down on healing crystals and even sit in front of the largest Buddha in Australia. 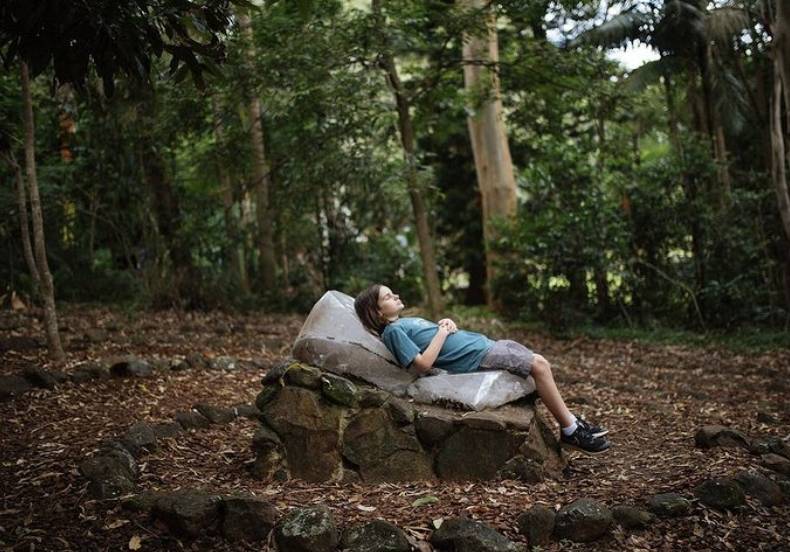