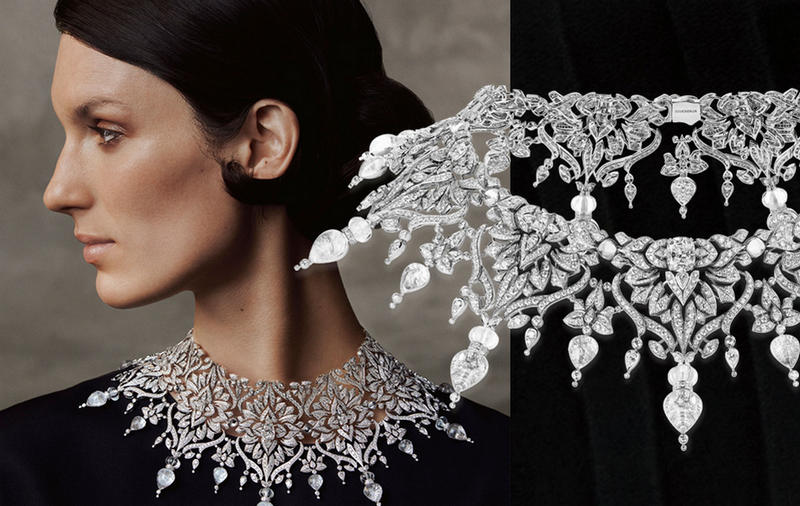 French jewelry company Boucheron pays tribute to the legendary Maharaja of Patiala with its latest and largest collection of high jewelry. It aims to glorify “modern Maharajas”.

The 149-piece collection, Style Story: The New Maharajas, features some of the most luxurious jewelry in diamonds, gemstones, pearls and gold, inspired by the fairytale story that started it all for Boucheron.

According to Claire Shuan, collections designer and creative director of Boucheron, “This commission from the Maharaja of Patiala felt like a fairy tale, it was the material of a dream.”

According to history, in 1929, Indian royalty Bhupinder Sing arrived at Louis Boucheron’s mansion in Place Vendôme, accompanied by royal guards, with several large iron chests containing precious stones. The royal retinue is said to have come from the Ritz Hotel in Paris, where the Maharaja, along with all his royal guards and staff, occupied 35 suites.

The company was welcomed by Louis’s son, Frederick, and he inspected all the items that were brought to the house. After examining a large number of brought jewelry, Boucheron selected 7,571 diamonds, 1,432 emeralds and more than a thousand other precious stones for a special order from the Maharaja.

Louis came up with 149 designs that combined Indian and Art Deco styles, including diamond and emerald necklaces, multi-strand pearl necklaces and gem-studded belts.

“In our archives, we have preserved the 149 original designs from which I drew inspiration for this collection,” Shuang said, adding that she wanted to “take these designs into the 21st century and reinvent them for today’s maharanis and maharajas.”

Founded in 1858, Boucheron is based in Paris and is a subsidiary of the Kering group.