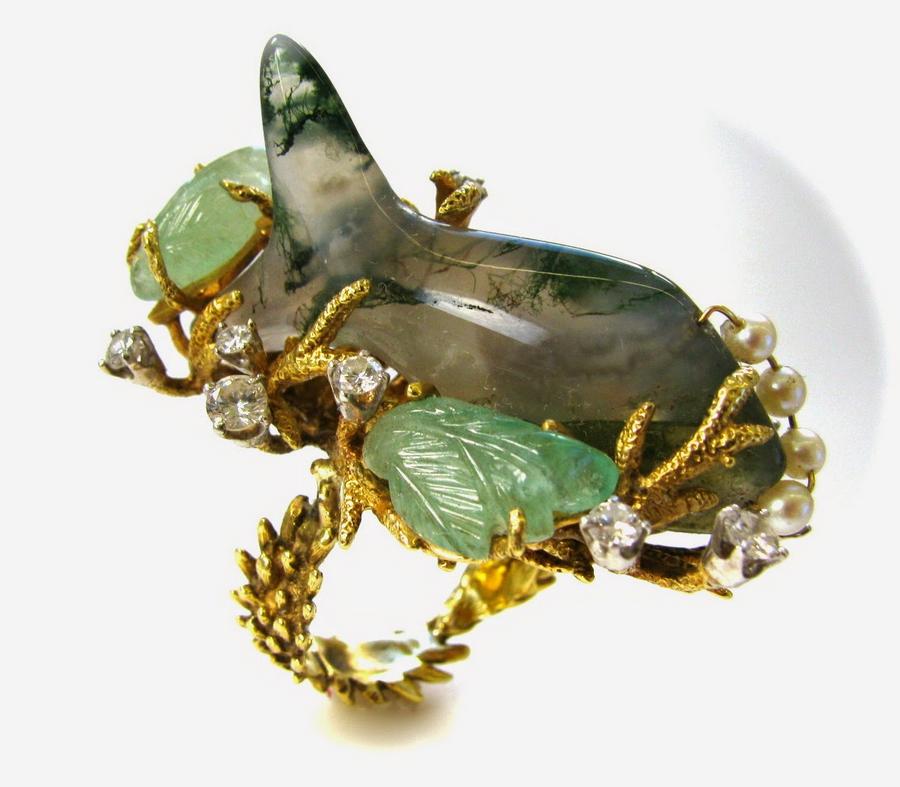 American jewelry artist Barbara Miller Anton was a woman of many talents, an actress, writer and artist, as well as a jewelry designer.

Ms. Anton attended Antioch College, where she majored in engineering, and Columbia University, where she studied acting with Louise Gifford Lovejoy and oil painting with Ralph Mayer. She also studied painting with Helen VanWyck at the Ridgewood School of Art.

After her acting career, she turned to playwriting and many of her plays were staged in Florida and New York. Her passion for jewelry led her to qualify as a gemologist at the Gemological Institute of America and study jewelry design at the Museum of Modern Art. She began creating her own pieces and founded a business of the same name, opening a store in New Jersey that included her own design and manufacturing workshop. A certified gemologist, Ms. Anton studied jewelry design at the Museum of Modern Art and the American Gemological Institute.

As President of Barbara Anton, Inc., a jewelry design and manufacturing corporation based in Englewood, New Jersey, Ms. Anton has received 23 international awards for excellence in jewelry design, including the Diamonds International Award and the Award from the Cultured Pearl Association of America and Japan.

Anton, who in the 1960s and 70s featured as America’s leading jewelry designer in Who’s Who and The International Biography magazines, exhibited her jewelry at the Boston Museum of Art, 12 museums in Eastern Europe, the Hallmark Gallery on 5th Avenue in New York, and in many television programs. 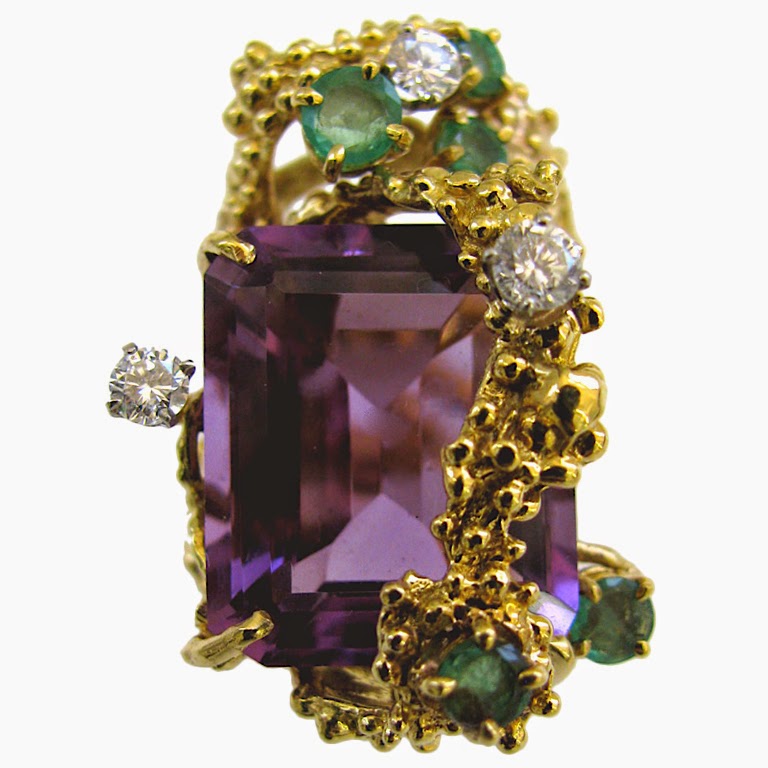 Ms. Anton designed a jewelry collection for the Pakistan Pavilion at the New York World’s Fair, where President Ayub Kahn presented her with a 24 carat gold sari. For several years she worked as a fashion and design editor for the National Jeweler Magazine, and her articles on jewelry design and gemology were translated into many foreign languages ​​for publication in Europe, Pakistan and the Far East.

Characterized by an artistic, sometimes sculptural flair, the use of colorful gemstones, raw, organic textures and abstract shapes, her jewelery epitomizes an artistic aesthetic that was gaining momentum in the 1960s and 70s. Irregular shapes and contours abound and her jewelry seems carefree, many of which embody a disregard for the rules of traditional “high jewelery” in favor of something more expressive and individual.

She later returned to writing and published articles, short stories, poetry and a novel. Today, however, she is best known as a jewelry designer and her jewelry is sought after by dedicated connoisseurs and collectors around the world.

Barbara’s hobbies included arranging flowers, for which she received many blue ribbons. She was the founder and past president of The Pocono Mountain Garden Club and is accredited to teach Japanese flower arrangement. By invitation, she has exhibited arrangements at the Japan Society in New York and at the Montclair, New Jersey Museums.

Baking was another passion for Barbara. Her Harlequin Cake L’Orange won the top prize at the Florida Citrus Competition held in Miami Beach. The prizes included a boat and trailer, a trip, a mink stole, $5,000 worth of shopping, and a cash prize.

Music, another of her vocations, received recognition when her songs were published by Hanson Publications and recorded in New York. and Nashville. “The Candles of St. Lucia” every year on Saint Lucia’s Day is widely played on the radio in Sweden, and it was a favorite of Muzak. As a teenager, Barbara played the saxophone in a Pennsylvania dance group.

Charities have included the Barbara Anton Award for Excellence in Playwriting, presented annually by the Florida Studio Theatre, and annual scholarships to the Ringling School of Art and Design and the Florida West Coast Symphony, among others. The Barbara Anton estate is being used to create the Barbara Anton Memorial Fund to help children with cancer of all races and religions. 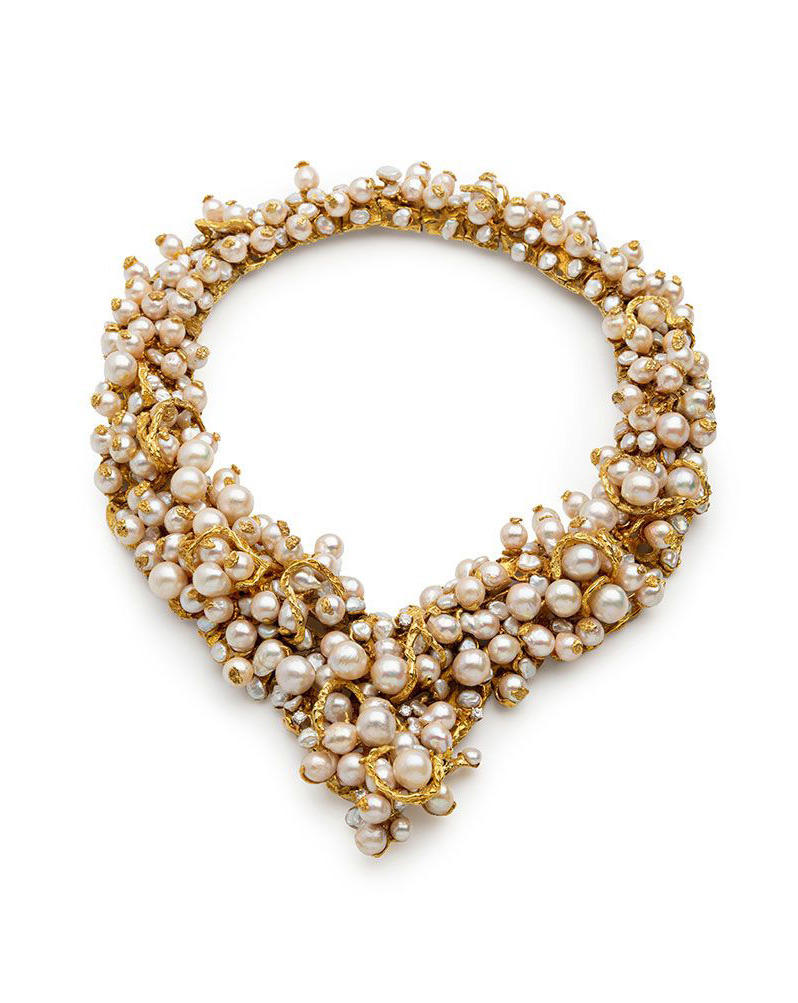 Ring with a stylized lion in gold with ruby ​​and diamond Anton, Barbara 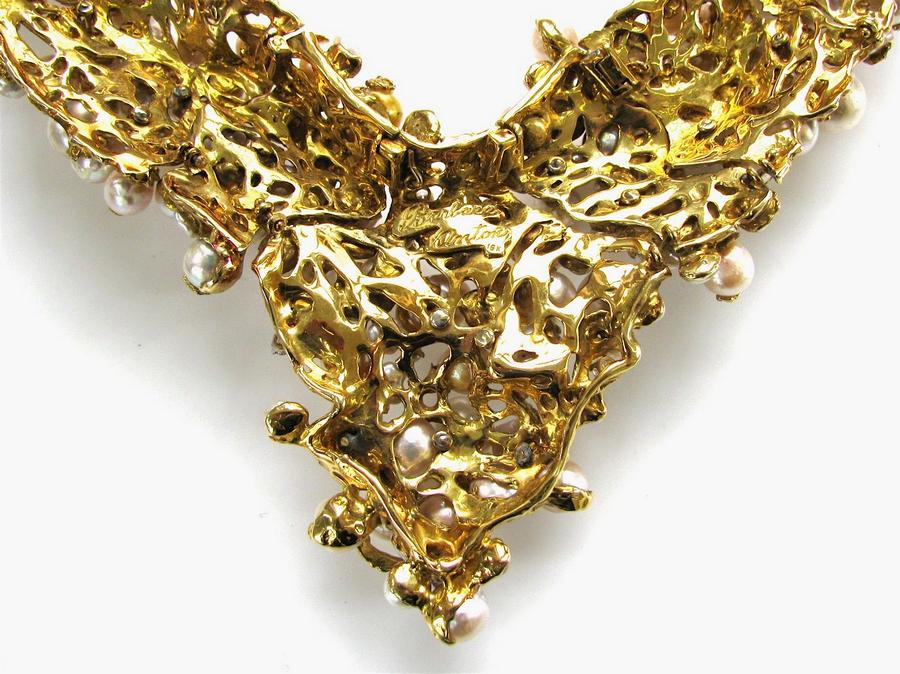