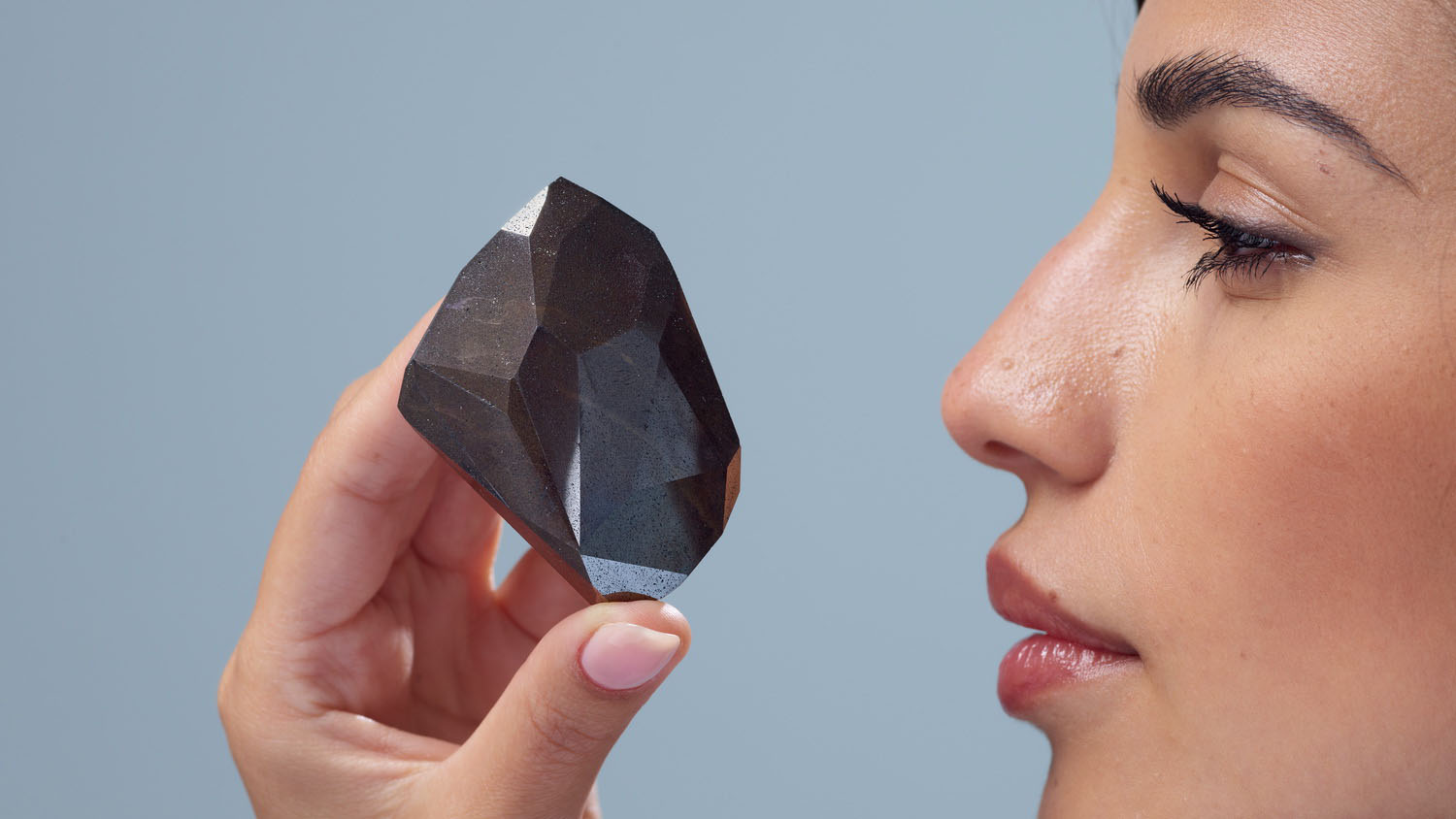 It is believed that the source of a unique diamond is space: the stone appeared either as a result of a meteorite impact, or was brought by a “diamond-bearing” asteroid that fell to Earth. In any case, in early February, an alien visitor will travel to sunny Dubai to become part of the collection of some lover of mysterious beauty.

A natural black diamond of this size, according to Sotheby’s experts, is “an extremely rare occurrence.” The stone was tentatively valued at £5 million, or $6.8 million.

10 biggest diamonds in the world

Black diamonds like the one for sale are also known as carbonado diamonds. These rocks can be between 2.6 and 3.8 billion years old and contain trace amounts of nitrogen and hydrogen (elements found in interstellar space) as well as osbornite, a mineral found primarily in meteorites.

The shape of the diamond is inspired by the Middle Eastern Hamsa palm symbol, a sign of protection, meaning “five” in Arabic. According to the auction house, the theme of “five” resonates in everything related to the stone. In addition to its 555.55 carats, it also contains exactly 55 facets.